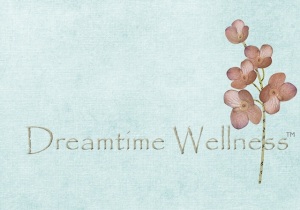 I was first introduced to fiddleheads in the 1980’s. A side dish sautéed by my friend Michael Claudio was a delicious accompaniment to one of his many amazing, gourmet meals.

Shop Local. ‘Fresh is Best. Fiber is Filling.’ Though I occasionally had seen fiddleheads at local farm stands and produce stores since I first had them, I had never ventured to cook them myself. This spring I began seeing and enjoying fiddleheads on the menus of some higher end Cape Ann restaurants. Delicious! So when I saw them at a local farm stand (not on Cape Ann and whose name will remain anonymous!)      I decided to add them to a meal I was preparing for friends.

Never having prepared fiddleheads, I sought recipes on-line and found a number of recipes that said basically the same thing – Wash. Cut off the brown ends of stems. Boil a couple of minutes. Then sauté in oil with salt and pepper.  Some recipes indicated longer boiling, but also mentioned “chefs would be appalled at boiling away the nutrients.”

The group I had over for dinner were adventurous eaters (and adventurous in general.) All had previously prepared and eaten fiddleheads at their own homes. That evening, I chose to serve the fiddleheads ‘al dente.’ The feedback from the group – “Delicious.” 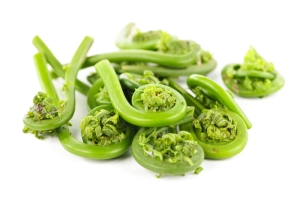 Can Fiddleheads Make You Sick?? The first clue that something was amiss was when shortly after our dinner guests departed, my husband said “I feel like I have a rock in my stomach.” Thinking he had merely eaten to excess, I didn’t think much of it until I also began to experience abdominal distress.

Without going into graphic detail, we both had little sleep that night. The next day I did an internet search – “Can fiddleheads make you sick?” Turns out, YES They CAN, and Did! I called my dinner guests; 5 out of 6 of us experienced GI distress that night. Being a prudent nurse, I notified the Gloucester public health department to see if they were aware of any outbreak of ‘food borne illness related to fiddleheads.’ Symptoms can include – nausea, vomiting, abdominal cramps, diarrhea and headache. Had the symptoms continued and/or worsened, the pubic health nurse recommended a visit to the doctor. Luckily, the symptoms subsided within 8 – 12 hours. But in the meantime, a day of work was missed and I was appalled I had sickened new friends coming to my house for dinner for the first time.

The farm stand that sold them was notified, so they might pass on what I learned about cooking fiddleheads to consumers – Soak the fiddleheads in cold water. Scrub well. Scrub off any brown fronds. Drain. Soak again and drain. Boil fiddleheads for 7 – 10 minutes before sautéing. Do Not eat raw.

Avoiding Food-Borne Illness – Proper handling and cooking helps reduce your risk of food-borne illness related to the consumption of fiddleheads. Under no conditions should fiddleheads be consumed raw.

No More Fiddling With Fiddleheads For Me. I learned my lesson. Next time I plan to leave the fiddleheads to the cooking experts and read more ‘in-depth’ any cooking information before cooking any wild edibles. Also, from now on, my ‘first-time’ recipes will be limited to immediate family. Luckily, my dinner guests were able to laugh it off as an experience, and most thankfully …,  the experience did not impact one iconic local rower’s  attempt to win the International Dory Race!  ;- )   I hope they all come back dinner sometime.  I promise to skip the fiddleheads!  🙂
Wishing You the Best in Health,   ~ Karen
Karen Pischke B.S.N., R.N., C.C.R.N. Alumnus. Certified Hypnotherapist, Tobacco Treatment Specialist, Usui Reiki Teacher/Komyo Shihan. Owner/Founder of Dreamtime Wellness LLC.  Promoting Optimal Wellness for Body, Mind and Spirit www.DreamtimeWellness.com. Find us on Facebook – https://www.facebook.com/pages/Dreamtime-Wellness-/348619611849199Disclaimer: This blog pro­vides gen­eral infor­ma­tion and dis­cus­sion about health and related sub­jects. The words and other con­tent pro­vided in this blog, and in any linked mate­ri­als, are not intended and should not be con­strued as med­ical advice. If the reader or any other per­son has a med­ical con­cern, he or she should con­sult with an appropriately licensed physi­cian or other health care worker. Never dis­re­gard pro­fes­sional med­ical advice or delay in seek­ing it because of some­thing you have read on this blog or in any linked materials. If you think you may have a med­ical emer­gency, call your doc­tor or 911 immediately. The views expressed on this blog and web­site have no rela­tion to those of any academic, hospital, practice or other insti­tu­tion with which the authors are affiliated.
Sources, Recipes and More Information on Fiddleheads –

One thought on “Eat Your Vegetables, But Take Care ‘Fiddling’ With Fiddleheads”