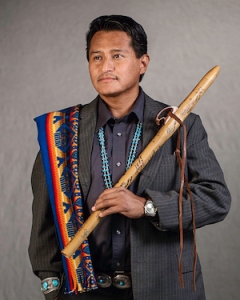 Jonah Littlesunday will be in New England for the first time this August, performing his riveting, soulful, healing music along with sharing information about his Native American culture, history and folklore. Multiple Concerts will be held on Cape Ann.

Member of the Diné (Navajo) Nation, Jonah was introduced to the world when he was invited by Cindy and Meghan McCain to play flute at Senator John McCain’s funeral, to help Heal a Nation. Here is Jonah performing Expressions of Love. 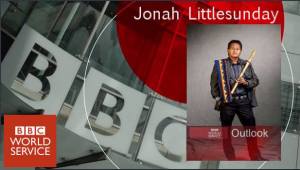 Discounted advance ticket sales are available while supplies last! Or, contact us to order off-line via check. A percentage of net proceeds are offered to charities that support animal welfare, education, peace, and healing. For a list of concerts, venues and on-line ticket sales click here – Eventbrite.

During an interview, Jonah was asked, “what are your musical influences?” He responded – “PRAYER and LOVE.” “Nothing and no one is above that. Love is the most powerful thing in the universe. Add prayer, you create magic.”

Unique Opportunity. Serendipitously, Manchester-by-the-sea native C.P. “Kitty” Weaver recently returned a historic artifact to the Navajo Nation Museum. “Guided by her heart,” Kitty returned one of two remaining original copies of the seminal treaty signed 151 years ago by the United States and the Navajo Nation. The ‘treaty of 1868’ ended the incarceration of the Navajo people at Fort Sumner, allowing them to return to their ancestral land. Now, Native American, Jonah Littlesunday of the Navajo (Diné) Nation, will be performing his lyrical flute in Manchester MA, for Kitty Weaver, August 15th, with Gratitude. Other concerts are offered at the Rocky Neck Cultural Center, Gloucester MA and at the historic Saltonstall Mansion, Peabody MA.